Mode one is Presence, which, as the name suggests, places a little emphasis on the highs. Vintage mode generates smoother highs and more in the way of even harmonics. Brown mode has an almost flat response, other than some very gentle HF roll-off, while White gives a gentle lift to the higher frequencies, where the contribution of even and odd harmonics is more equally balanced. Finally, LoFi rolls off both the lows and highs to give more of a mid-range focus. We’re told that there’s a little low-frequency noise in some valve modes, which mimics the way the physical valves would behave, though I didn’t notice any noise under real-world conditions. All six plug-ins support all the common plug-in formats for both Windows and Mac OS X, with both 32- and 64-bit compatibility where applicable. 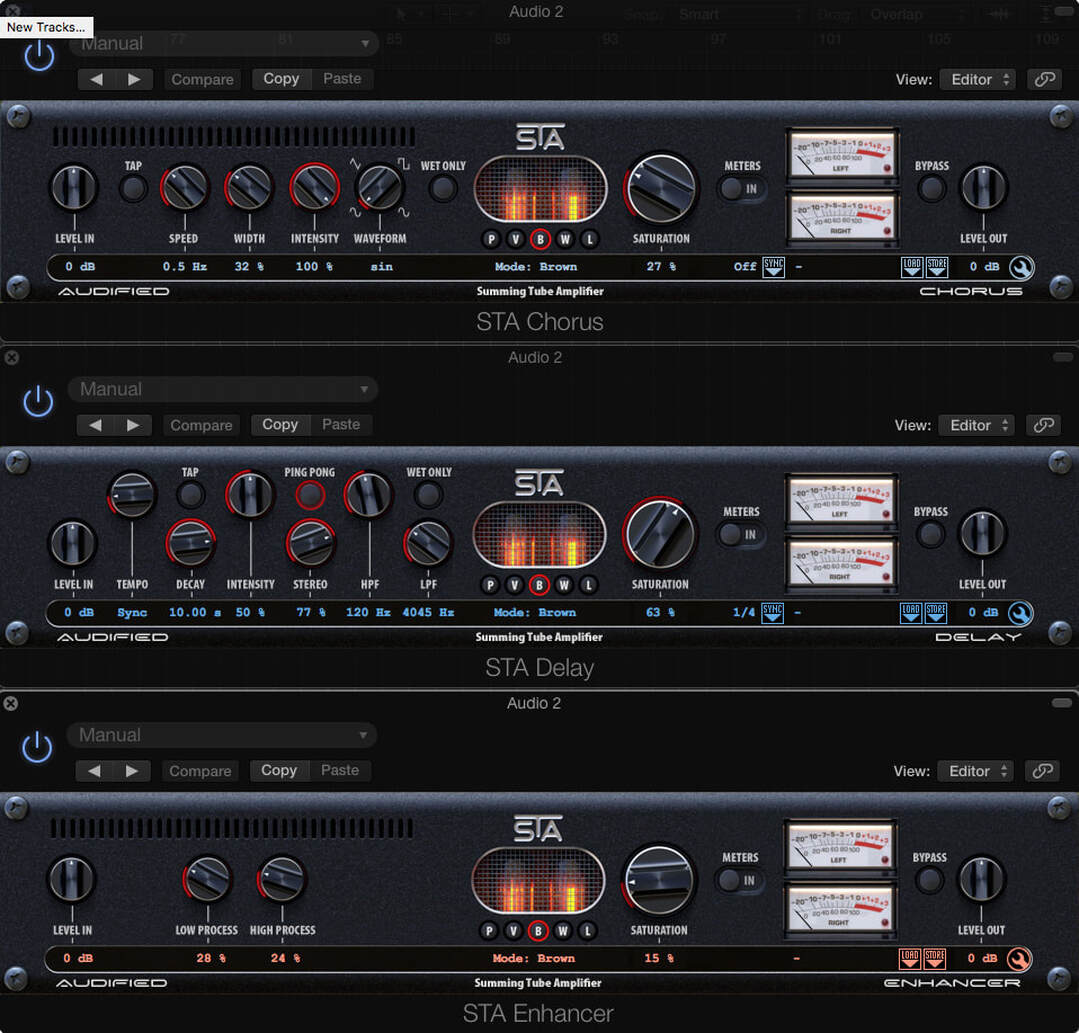 The preamp plug-in is, in essence, the same STA section from the other plug-ins, presented as a separate processor. The modulation plug-ins have all the expected controls, plus a choice of modulation waveforms as you can see from the front panels, but in most respects they are very conventional. Sonically, I found them to be smooth and warm, with a slightly soft-focus quality. None of the modulation plug-ins really does anything out of the ordinary, and you probably already have something that will do a similar job, but you might feel that the emulated valve warmth justifies adding them to your collection, as it does add a certain smoothness.
Enhancers often address only the high frequencies, but here, the lows have a control of their own. Adjusting the high control adds harmonics to the upper registers just as you’d expect, but there’s no detailed description of what happens at the low end, though it sounds not unlike equalised parallel compression. Whatever it does, it is effective and fairly natural-sounding. 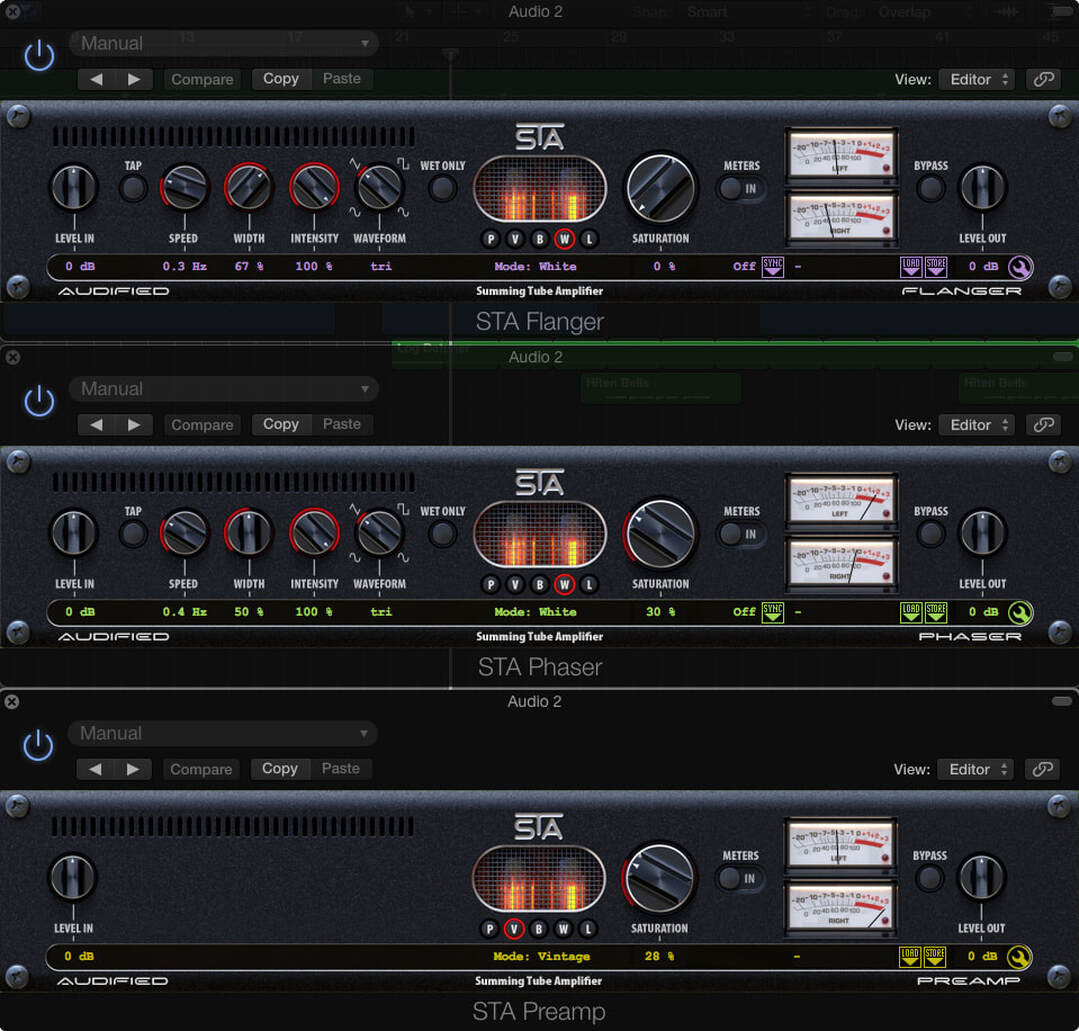 For me, though, the delay — also available separately if you don’t need the whole bundle — is the most useful of the bunch, as the repeats seem to drift into the background far more musically than they do with some of the ‘vintage emulation’ alternatives I’ve tried. This is most obvious at higher feedback settings, where the choice of STA mode and the amount of saturation dialed in gives various vintage echo-box flavours. There’s no control for wow and flutter, which I would have liked, though the delays sound rich enough without that. The usual controls (the wet/dry mix knob is labelled Intensity) are augmented by a ping-pong switch that alternates the delays between left and right when deployed in stereo, a variable stereo width control, and adjustable high- and low-pass filters. There’s a tap-tempo button or the option to sync to host, as well as a wet-only switch for use as a send effect, and the meters can be switched to monitor the input or the output levels.
Overall, then, these may be bread-and-butter effects, but all benefit from the subtle valve-style warming, and the delay in particular is definitely worth a closer look.